Did you know that Goodyear Tire and Rubber Company has its roots starting way back at the end of 19th century? In 1898 to be precise. The founders Frank Seiberling and his brother Charles started something at his home in Akron, Ohio. It will later become the top four tire manufacturing company. Coming from a German American family of farmers and experiencing financial difficulty two brothers decided that they have to be successful.

They named the company after Charles Goodyear, a self-starter and an inventor of rubber vulcanization process, which essentially made it stronger, yet more flexible and easy to work with. 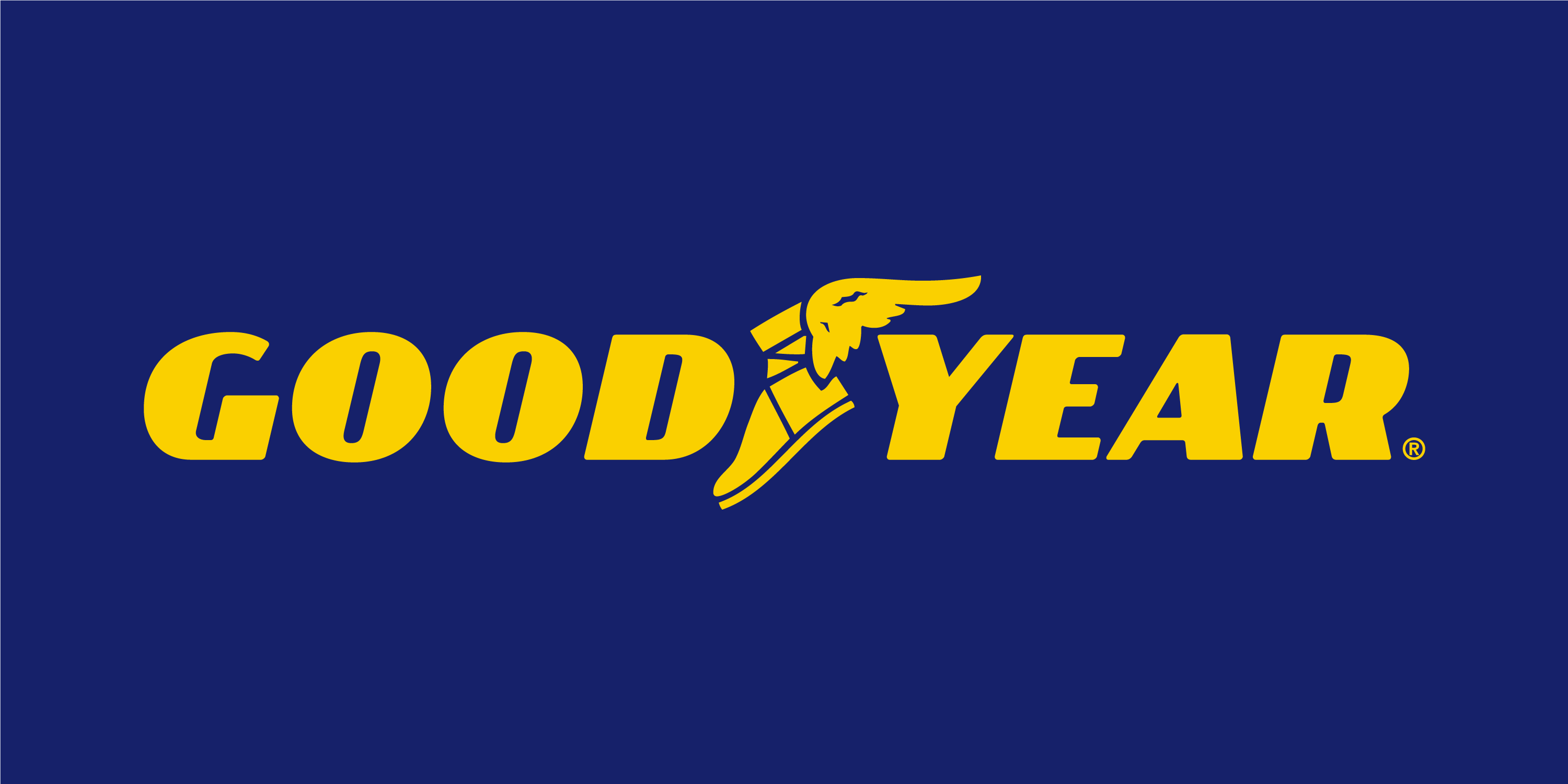 As mentioned earlier, the company was named after Charles Goodyear, the inventor of the vulcanized rubber. The first Goodyear tires became popular because they were easily detachable and required little maintenance. And the world-famous logo - Wingfoot symbol was created by Frank 2 years later. The foot in the sandal equipped with wings belongs to Mercury (or Hermes) - the god of merchants and travelers. He was also the god’s messenger delivering good news speedy on his special shoes. Frank thought that there are many features that his company and product take from this mythological character.

Clearly, the company was not producing car tires from the start, like it does today. The initial manufacture was for something more in demand, like bicycle and carriage tires, rubber horseshoes and even poker chips. The first raising and new tubeless tires were developed by 1901-1903. By 1926 it was already the largest rubber manufacturing company in the world. A year later it went public and was listed on the New York Stock Exchange. Interestingly enough, that backfired in 1986, when James Goldsmith, a financer from Great Britain, purchased 11,5% of Goodyear’s outstanding common stock and threatened to take over the company. In order to save the company, all the stocks had to be purchased from Goldsmith at above-market price. It took many sacrifices, for example, closing of several plants and selling some side businesses, yet the company’s independence was intact.

Goodyear is more than the tires we know now. The company kept a close eye on the demand and was always trying to be ahead of the game. They were constantly working on discovering new ways to answer their customers’ call.

A partnership between Goodyear and Formula One was very successful for both parties and led to more stats, wins and constructors championships for Goodyear than any other supplier until they pull out in 1998. Yet, they still remain the supplier of NASCAR races.

The company had pioneered the concept of "tundra tires" for smaller aircraft. Thanks to low inflation pressure "airwheel" were very much in use in the aviation, including during the World War II.

In the 1970s, when the world was shifting to radial tires, Goodyear went with the wave, even though the transition was expensive and vast it kept the company going and remain relevant. If that switch was not made at that time, the company would not exist now as the radial tire is covering 100% of the market and the old style bias-ply technology is long gone.

It is not only about planes and race cars. Goodyear thought about the agriculture too. Their special tires have been produced by Tire Titan since 2005. 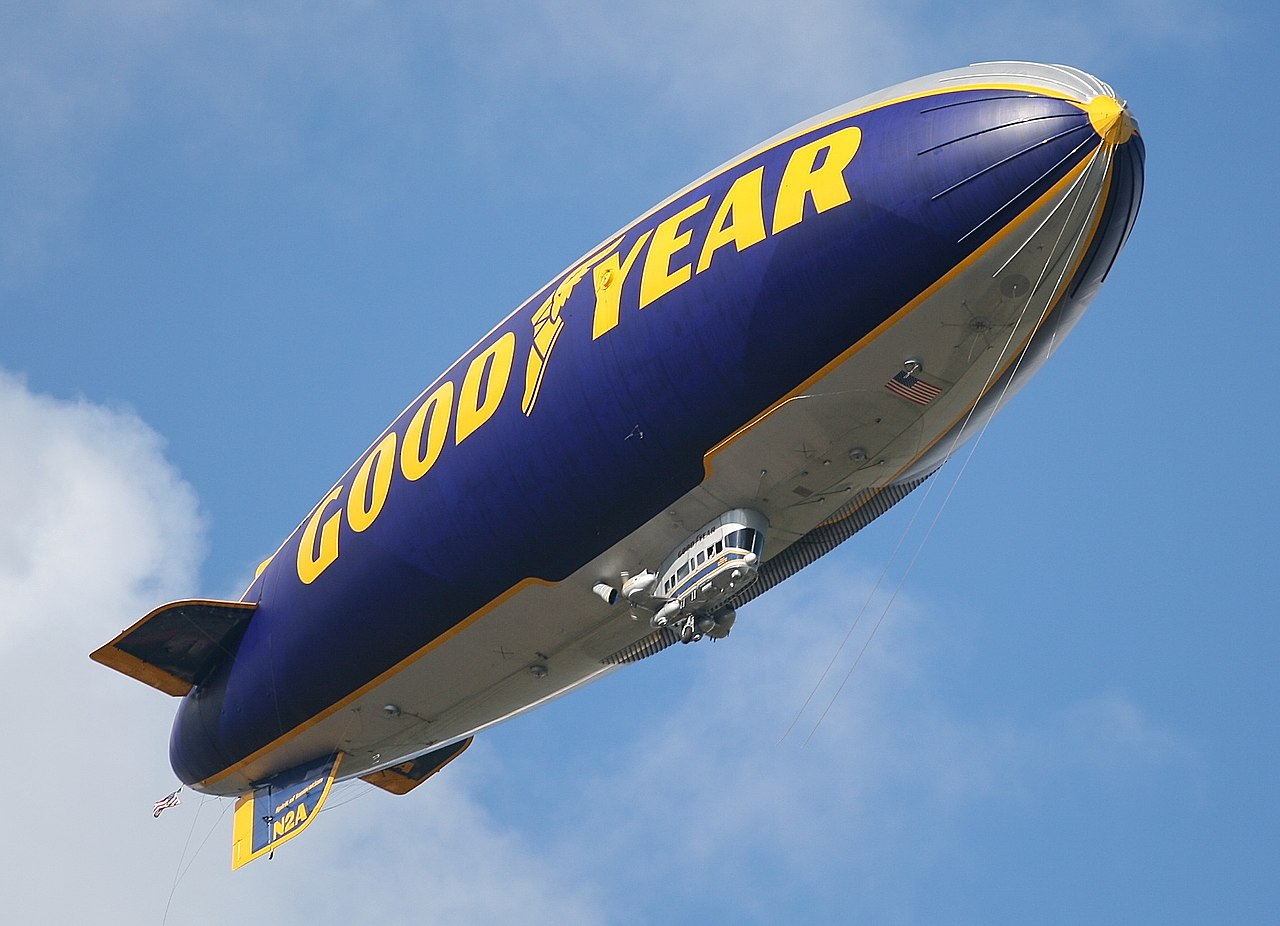 Did you know that Goodyear is not only tires? It is also known for its airship fleet, including an iconic Goodyear blimp. The early 1900s signified a start of airship design and manufacturing for the company. Later, that led to supplying airships and observational balloons to US Army during World War I. However, the first Goodyear advertising blimp Pilgrim has not taken flight until 1925. The main purpose of the blimp is, indeed, advertising, but it was also used for taking aerial captions of major sporting events for broadcasting. All the way till 2011 the blimps were of the non-rigid structure. That means that only the pressure of lifting gas (helium) was supporting the vessel from the inside. The gas maintains low pressure so the airship will not be vulnerable for a small puncture. Yes, the blimp’s top part (the envelope) has to be regularly inspected to detect those holes. In May 2011 the fleet was switched to semi-rigid and the 3 ships were equipped with a truss inside the envelope for additional support.

Interesting fact, for a long time Goodyear had named its blimps after the U.S. winners of America's Cup yacht race, referring to the blimp as a yacht in the sky. Hence, the names like Puritan, Defender, Vigilant and Rainbow. Starting 2006 blimp naming became a public competition where anybody was invited to come up with the name. Spirit of Innovation was the first winner of the contest.

Talking about the public, normally the blimp had a no public riders policy. The passengers of the blimp could be corporate clients or media guests. Only Florida blimp was an exception and offered limited public rides. Which is unfortunate, because blimp rides are rather safe and there were only 5 accidents in the whole history of the airships.

As Goodyear continues its development on different stages of the production and it sure started being recognized for multiple achievements.

Till date, the company is proudly carrying the legacy of the founder and staying true to the mission and vision established 120 years ago.